We had been living in Singapore nearly 8 weeks when we went on our first foray out of the country. We chose Melaka Malaysia because it is a UNESCO (United Nations Educational, Scientific and Cultural Organization) site, and the first town established in Malaysia (around 1375 AD).  Also, on a practical matter, it is a cheap and easy four hour bus coach ride ($32 round trip per person) across the bridge into Malaysia, and it is quite inexpensive to visit.  Malaysia is a country in two parts; the western peninsula above Singapore, and an eastern peninsula which is connected to Borneo, Indonesia.

The views out the coach window were of endless orderly palm trees likely for the many food and cooking products made from coconut. The forests of palms went on for hours. Strangely, it felt like seeing the endless pines when driving to northern Wisconsin. When we got to the Melaka bus station there are signs to avoid the touts.  They are people who try to get business from tourists but are not licensed to provide services, and often appear in proper uniforms, like taxi drivers. It was interesting to see many English words on signs spelled phonetically like ‘texsi.’  Selling of goods and services are quite aggressive here (also in Singapore).  You just have to say no and walk away.  English is not a commonly spoken language here, but smiling will get your pretty far.  We had simple needs and communicating wasn’t difficult.  Malaysians (or Malay) have a reputation as being friendly and they truly are.

Here are some memorable observations and encounters. We were there on Malaysia’s Independence day so there were lots of flags and crowds and a big parade. 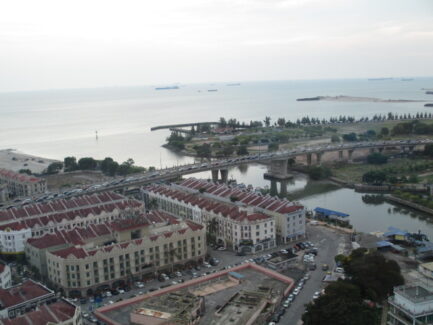 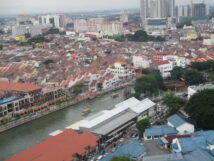 Melaka River looking toward the city. The low red roofs on top are mostly shophouses and historic sites 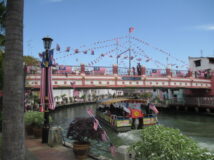 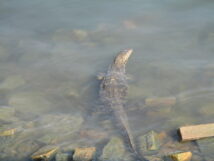 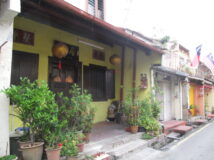 Shophouses where locals live. They don’t appear to be shops any longer. 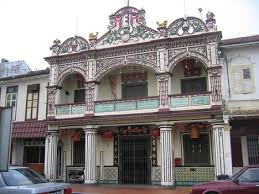 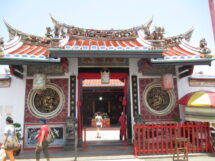 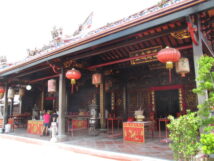 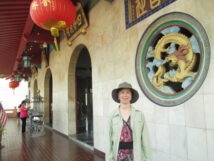 Susan at a temple that overlooks the city and escaping the heat. 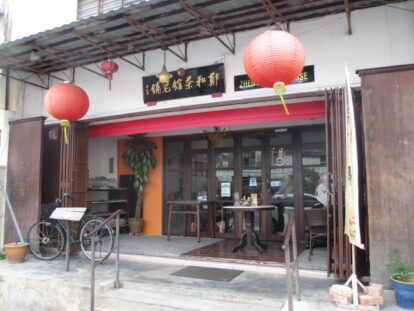 Zheng He Teahouse on Heeren Street, location of many historic shophouses 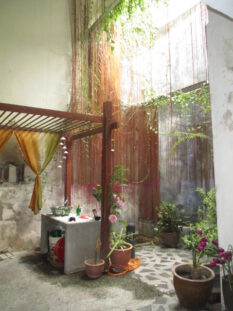 Zheng He Teahouse interior courtyard open to the sky 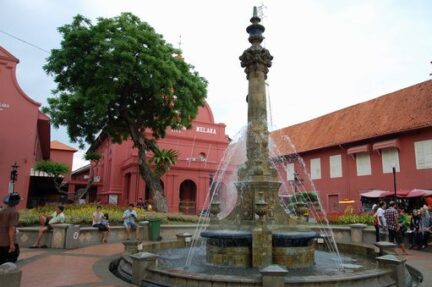 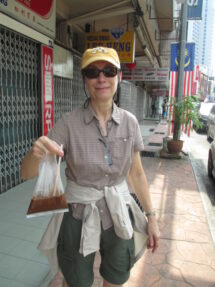 Gene with her bag of Kopi (coffee) 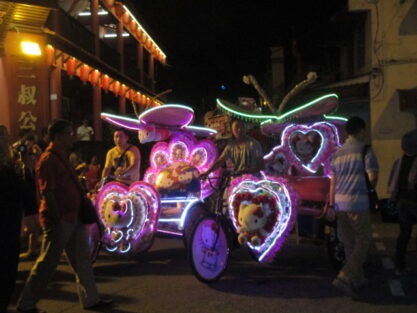 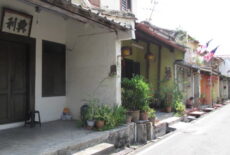 Typical shophouses that are likely only being lived in. 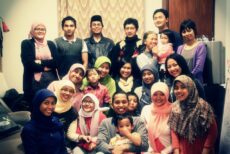 People watching is quite an experience.  There were many beautifully dressed women from several countries in various traditional clothing. Some of the children were in traditional dress and others were also in more western dress, it appears to depend upon the religion and the child’s age.  Often the men were wearing more western style clothing.  Because photographing people is somewhat suspect here, I am including stock photos of people who originate from countries and practice religions of those who live in or were in Melaka. 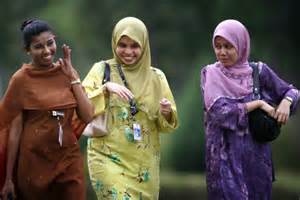 An Indian and two Maylay women 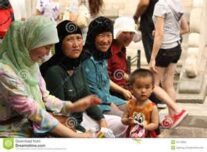 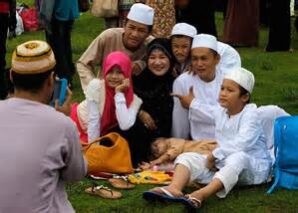 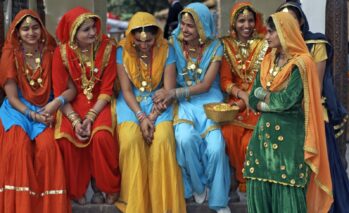 Malacca (the city is now Melaka) connects to The Strait of Malacca and joins with the Indian Ocean. It was settled by a fleeing Sumatran prince, Parameswara, around 1375 AD. This settlement became a major center of the spice trade forming a vital link between the East and the West, India to China. Parameswara established Islam as its religion which it still is today.

In 1511, the Portuguese were the first of many foreigners to invade Malacca. They, like all other invaders, were determined to control the East-West trade by sea and river. Malacca retained its importance as a trade center until 1641 when the Portuguese surrendered Malacca to the Dutch who ruled from 1641-1798, but they were not interested in developing it as a trading center. Malacca was then ceded to the British from 1826 to 1946, and Malaysia then became an independent state.

When Malaysia gained its independence in 1956, it was only fitting that the Declaration of Independence was proclaimed in Malacca, where it all began and we were there on August 31 to see it.