Expatriates (expats) are people who are either permanently or temporarily living in a country other than that of the person’s upbringing. The term is often used for professionals or skilled workers sent abroad by their companies, like Gene and her colleagues.  Also, people who retire abroad are usually considered expatriates. There are many ex-pats from Asia and India here, and not that many whites (Brits, Australians, Scandinavians, and Americans) when you are out and about.

People who come to another country as manual laborers might be considered immigrants or migrant workers. From what I have experienced and heard, Filipinos make up a large percentage of domestic help and manual labor in Singapore. I am considered a tourist so I can remain in Singapore for 90 days and then must leave the country for 24 hours or more.  What a perk!  I will be planning these get-aways which will ensure that we do go to strange new lands where we have never ventured before. And, you should hear and see about them here.

I met a Canadian expat in the gym yesterday. A married woman who has three kids; they are all going to school orientation today. Her husband moves around for his job and is transferred every few years. They just moved from Beijing, China and before that Tokyo, Japan. She hoped for a transfer to Singapore and is very glad to finally live here. They will be looking for an apartment soon, too.

We’ve gotten to know a woman, Danni, from Australia who is married and has two kids in school here. Her husband travels throughout Asia. She and the kids are staying at the Treetops as a home base so the family can see each other more often; they will also get an apartment here soon. This morning I saw a number of cute kids in uniforms at breakfast. Each of the expat families who have school age kids get them enrolled and into a school shortly after arrival. One mom told me that the schools are very good assigning the new kids buddies so they get familiar with the school and find friends quickly. And, all kids in Singapore wear uniforms.

(6 months later) Interestingly, most of our condo neighbors are Asian and expatriates like us.  They have moved here for work mostly and can gain residency if they want to stay. We also have met a number of Westerners who have become Singapore residents, a few of them are people Gene works with.

See the purple dot on the map below to see where we are living. 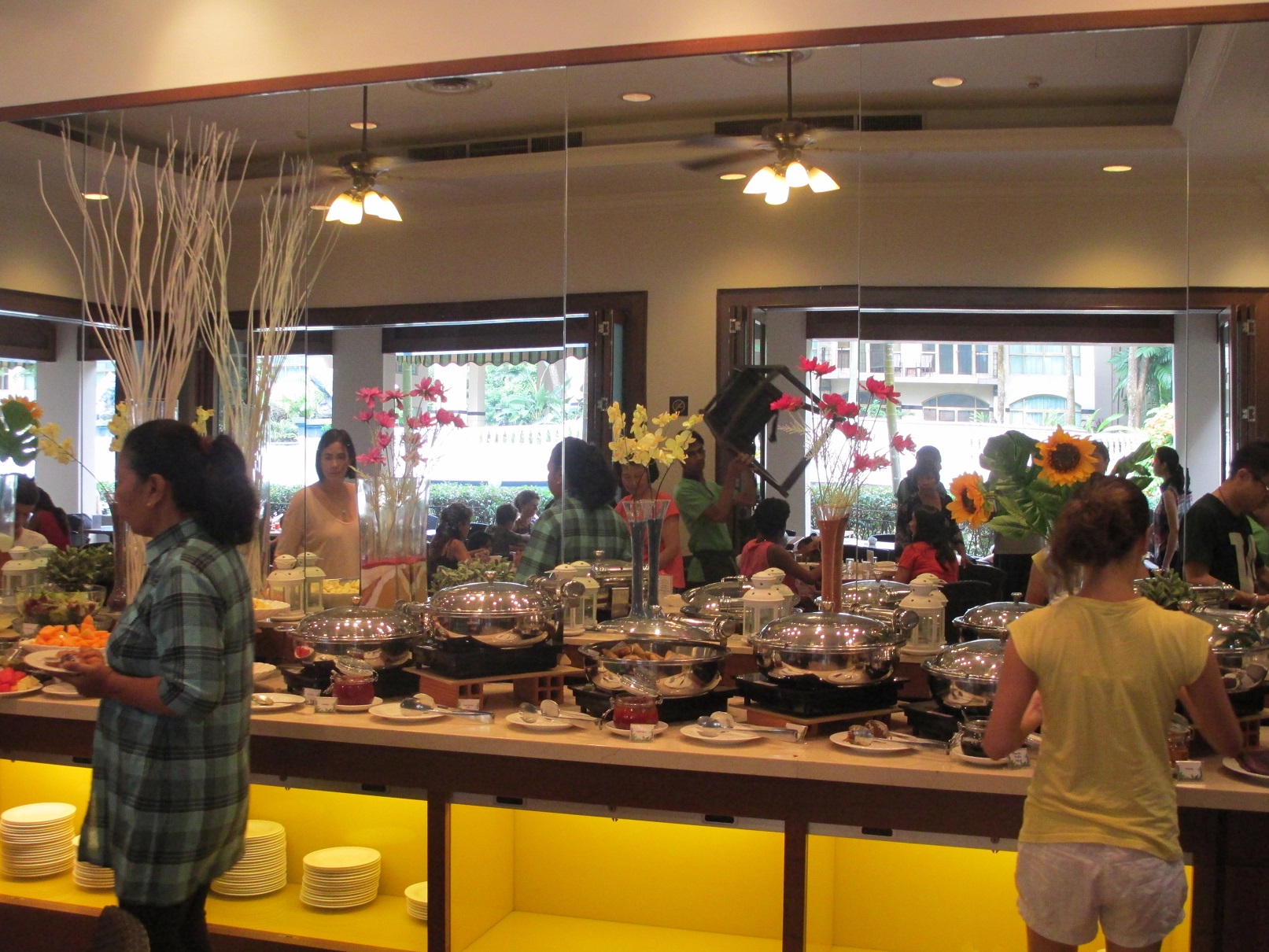 The Treetops Executive Residence is a lovely place to stay for a longer period of time while in Singapore; the units have kitchens and separate rooms. Gene’s employer often has its employees stay here when they come from Wisconsin to work on team projects at the Singapore office. If they are here a few months, they often stay at The Treetops the entire time. If the project is longer, like Gene’s of 15 months, we will stay here a month, get acquainted with the city, find an apartment, furnish it, and stay there for the duration of the project.  And, have fun! 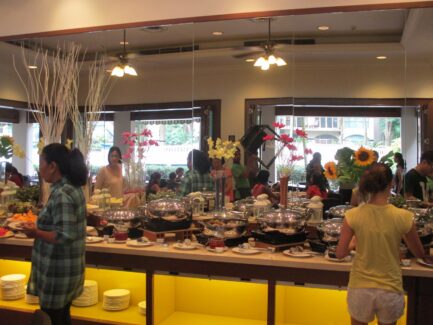 Great breakfast every morning at Treetops 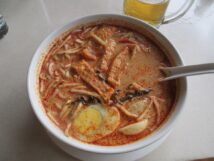 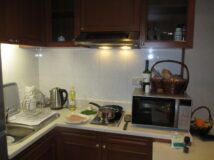 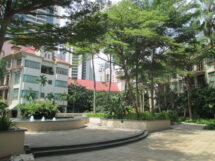 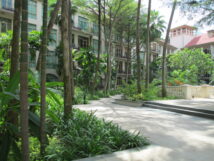 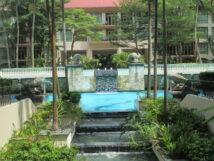 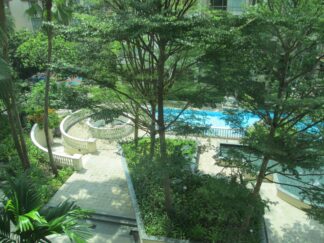 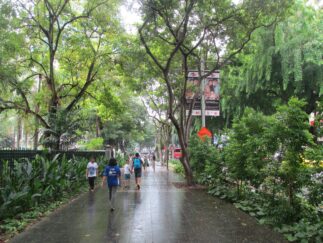